Solar telescopes are a great way to enjoy astronomy and share it with others during more accessible hours – especially during the summer.

Solar telescopes typically come in two types: hydrogen-alpha (or H-alpha) and white light. White light solar telescopes use a very low transmittance filter affixed to the front of the telescope to bring the incoming light down to a safe level of brightness, and show a natural-color view of the sun’s photosphere. They will not show you much detail besides sunspots and the granular structure of the photosphere – which, during a period of low sunspot activity as we are currently experiencing, makes them relatively unexciting. There aren’t many dedicated white-light telescopes as you can also just buy a solar filter for a regular telescope and use that for white-light viewing, but there are a few that we will be recommending in this article.

Hydrogen-alpha telescopes, in contrast to white-light instruments, use a complex, built-in filtering system called an etalon to show a very narrow band surrounding the hydrogen-alpha wavelengths of light, around 656 nanometers, with a bandpass of one angstrom or less. This allows for fantastic views of the sun’s chromosphere, solar flares, prominences, and spicules. Sunspots are still visible, though they’re less obvious.

The complicated technology of etalons means that H-alpha telescopes are usually small in aperture and very expensive. Etalons usually have a given bandpass – typically measured in angstroms (1 angstrom is about the diameter of an oxygen atom). The smaller the bandpass, the higher the contrast the etalon provides, albeit at the cost of lower image brightness. Etalons also typically have a tuning system to slightly shift the band of light they’re looking at – this is important, as many solar flares actually move so fast that they Doppler shift and become slightly redder or bluer. With a tiny bandpass, the Doppler shift of some flares is enough that they can disappear from view if you don’t adjust the tuning system correctly.

Most H-alpha solar telescopes do not come with their own mounts. However, due to their small size, they typically will work just fine on a medium or heavy duty photo tripod or an altazimuth or equatorial mount for a regular telescope.

This telescope is a copy of Meade’s fantastic LightBridge Mini 114, but with a detachable solar filter for daytime use. The optics and included eyepieces are pretty good and the 114mm aperture gives you quite a bit of resolution, and for nighttime use the EclipseView 114 can give you great views of the Moon, planets, and bright deep-sky objects. For solar use, the included pinhole finder makes it super easy to get aligned on the Sun and viewing in seconds. 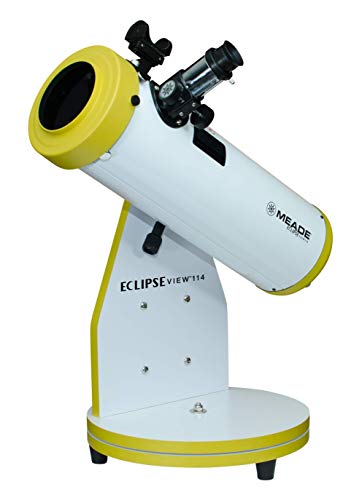 The EclipseView 76 is similar to many generic, cheap 76mm reflecting telescopes out there. While not fantastic for the normal prices they command and with the accessories typically included, the EclipseView 76 is cheap enough that its shortcomings can be forgiven, especially considering the solar filter that’s thrown in. Like the other EclipseView scopes, the included eyepieces and pinhole solar finder make it easy to get good solar views. 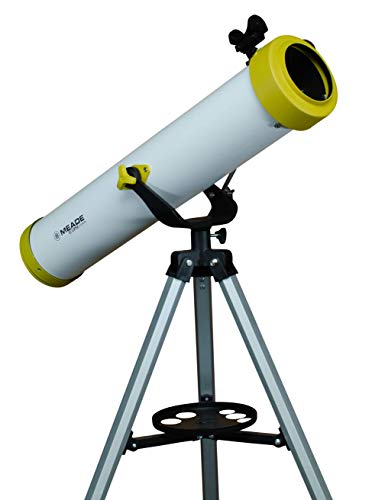 This telescope is essentially a copy of Meade’s Lightbridge Mini 82, but with a detachable solar filter for daytime use. The primary mirror, being spherical, is of low quality, and the views (both day and night) just aren’t very good, and have a bit of lack of sharpness and resolution. However, the scope is super easy to set up and use and is quite mechanically sound. The accessories are no slouch either. Overall not a bad choice but there are better options. 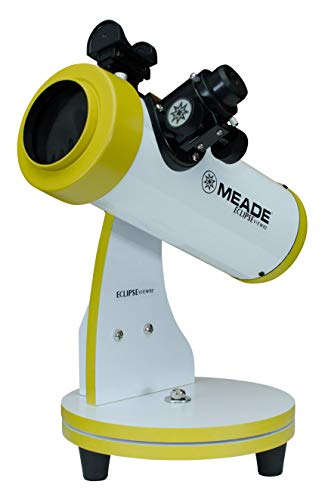 Unlike the aforementioned offerings, the SunCatcher 70 comes with a permanent, built-in solar filter for both its main objective lens and the included 5×24 finderscope. This obviously limits the telescope to strictly daytime use. The included eyepieces are of fairly mediocre quality, and the included tripod is complete junk. It’s still perfectly usable if you mount it on a better tripod, and the super-lightweight design and built-in filter offer a decent extra factor of portability and safety, but if good views are your only criterion we’d recommend one of the Meade EclipseView telescopes instead. 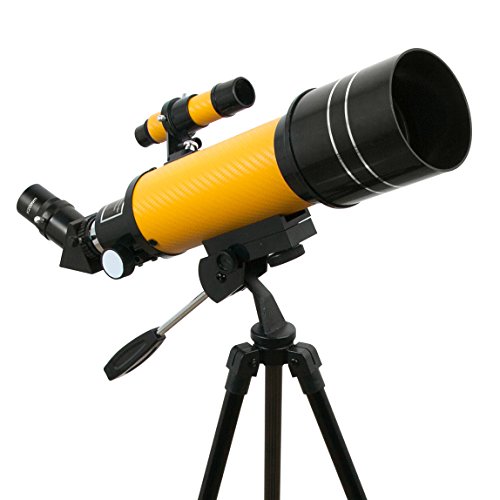 Meade’s Coronado SolarMax III 70mm offers huge aperture for maximum resolution of solar detail, and a heavy-duty build sure to last a lifetime. The scope has a 0.7-angstrom bandpass and can be double-stacked for even higher contrast and a 0.5-angstrom bandpass. The scope’s focuser is a high-quality rack-and-pinion, and you can actually remove the front etalon to use the scope as a regular astronomical telescope at night. However, the SolarMax III’s large physical size and bulkiness mean it’ll require a relatively beefy tripod or preferably a full equatorial mount. 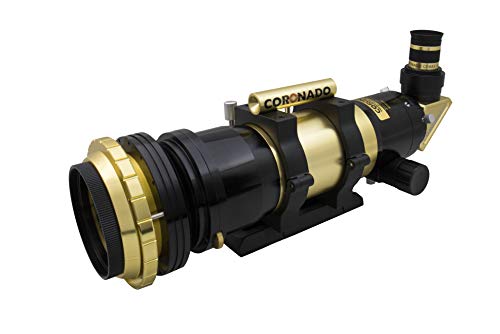 The Lunt LS50 is probably the ideal scope for the casual solar observing enthusiast. It has a large, easy-to-use pressure tuning system, is very lightweight and easily accommodated by most decent tripods, and the 50mm aperture is enough to show you plenty of solar detail. Like most solar scopes, the LS50 can be double stacked, though its 0.75-angstrom bandpass is already plenty small. My only complaint is that the helical focusing system feels a little cheap and isn’t the most solid. The scope also lacks any kind of solar finder, so you’ll need to pick up something like the Tele-Vue Sol Searcher or Coronado Sol-Ranger. 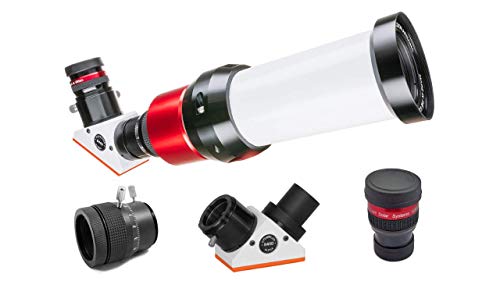 The Coronado PST is the solar scope I use myself, and while it’s the cheapest, smallest , and widest-bandpass H-alpha telescope on the market it still packs a surprising amount of performance. Additionally, it works on almost any tripod and has an uber-convenient built-in solar finder that is probably the best I’ve used. 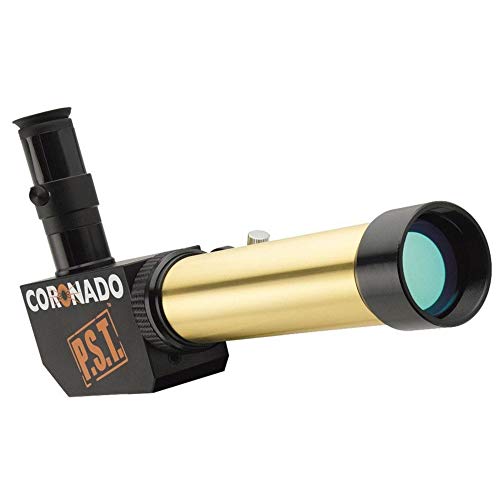